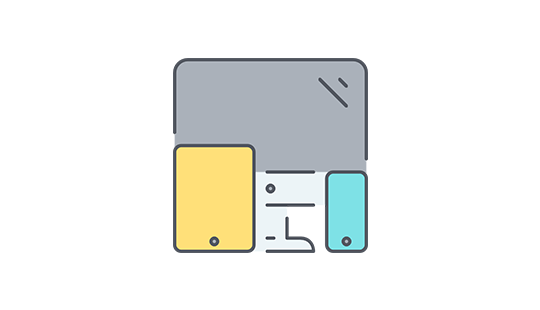 Now with the ongoing revolution, AI is taking the core stage in smartphones, and it goes far beyond applications like digital assistants which helps us with the decision we make and the support we receive from our mobile phones.

Today many of the global leaders in the mobile industry such as – Apple, Samsung, and Huawei have all introduced smartphones with powerful AI chips that can perform up to 5 trillion operations per second and by using very minimal power to accomplish the tasks.

With AI, these phones have been successful in providing unconventional features like Face ID, Augmented Reality, improve photo quality with digital image post-production will become a critical differentiator for smartphone manufacturers for creating advanced devices to acquire new customers while retaining their current user base.

With Artificial intelligence being the latest buzzword with almost all things tech and business-oriented these days, Apple has again proved itself a market leader to tap its beneficiaries for itself making it to lead the line. It has been constantly churning out artificial intelligence to carve out new features to be presented to a world unknown to it.

It was Apple which is the first name known for starting the entire virtual digital assistant craze with Siri on the iPhone, many years ago. But while Siri was improvised continually, it was overtaken by rivals with their new adaptation versions such as Google’s Assistant, and today faces competition from many similar contemporaries like Amazon’s Alexa and Microsoft’s Cortana too.

However it would be unfair to declare any of them as a definite winner just yet—in fact, but far from it competition has skyrocketed and the battle lines are reconstructed to emerge as the victor in the industry. Mentioned below are a few features through which Apple has been adding A.I elements in Iphones.

With the launch of iOS 10 focused mostly on making your phone “think differently” by thinking for you and saving time, it has made our lives remarkably easier and reduced stress drastically

The long-overdue problem is solved with the Apple Maps apps helping route you around traffic problems automatically. And as a bonus, keep track of typically prefer one and primarily suggest those, look through your calendar to suggest pathways to your destination on particular dates.

More than just providing correct spelling, it answers for you in case of delay by dropping in a map to your current location when received a text message regarding your whereabouts and scheduling a meet date on your behalf by analyzing your calendar when asked for a meet in the text messages

The Photos app will now recognize people in photos and offer to group them for later requirements as per your convenience as the iPhone processes all the locals making it more secure by eliminating cloud processing.

4. Get Your Voicemails And Texts Transcribed:

Even though it’s been available in the Google Voice app for years, the iPhone transcribes your voicemails automatically and turns them into text saving time by making listening to messages accessible for you.

5. Your Phone Knows When You Lift It:

The accelerometer detects when you have raised the phone to look at it to raise the brightness to glance at notifications and then dims the screen again once set down.

Another new automation has to do with the revamped News app where the newest version creates sections for the latest trending news stories and groups them separately according to a genre so you can quickly scan through them for your daily update.

While the Artificial Intelligence map has been progressing, Apple is now making the most out of machine learning more than ever. Be it through their Apple Watch faces, photos for face recognition, and many more advantageous deals for users. Apple Developers will be getting a new set of APIs (application programming interface) to be able to integrate these in their apps which shall emerge as a game-changer for Apple in taking over the market.

According to the verified stats, Apple has as many as 375 million iOS devices use Siri every month, globally which is a huge scale adding to the evidence on how Artificial Intelligence has worked for them. With the launch of iOS 11, it’s an installation on your iPhone or iPad that has opened the door to leveraging the power of deep learning techniques by virtual assistant Siri and has been on a spree to constantly add new features to Apple’s offerings while learning the user preferences without break.

Siri is now much smarter than we know and assists to work with third-party apps where it can book an Uber, send a text in WhatsApp, or maybe order a pizza using the Domino’s app by you sitting back doing nothing.

Whatever is learned and accumulated on one device is instantly synced to all other Apple devices owned by the user for better efficiency and standard user experience available across all devices and also makes multiple suggestions better suited for your personality sketch that is developed by the Siri overtime after a thorough study of your habits, activities, and preferences. This one factor by itself has succeeded in setting apart Apple as a legend to make the most out of Artificial Intelligence to attract users.

It is not just limited to phones and tablets. Siri has been able to leverage the same AI learnings and capabilities to work on the HomePod smart speaker by providing a customized version to talk to you and respond, bringing forward the ability to curate an Apple Music playlist, and the positional awareness to modify sound output which results out of machine learning and AI techniques.

All iPhones and iPods running iOS 11 have access to a refreshed Photos app, with machine learning to identify events, memories, and more which has proved itself as the handiest outcome. The use of artificial intelligence, particularly for sorting photos based on time and date and even events is the most used and inclined for an attribute.

It can curate Automated videos of events through Memories by grabbing video snippets and photos, identifies the places and people at an event, and stitches them into a highlight video–say. After all, if it’s a special occasion who would mind the magic of having the party pictures getting sorted automatically, without the Photos app having any context or without pre-handed data by the user?

AI has allowed iPhone users to do new visual tricks while clicking live pictures with effects such as long exposure blur or bounce effect clip.

iOS 11 integrated AI has involved deeper within multiple apps and facets of the iPhone software in an unimaginable way to surprise the audience which continually has been spreading the smarts across multiple aspects for access on an every-day basis.

Combining AI technology with these built-in features gives a personalized feel to the apps. Using AI to understand user behavior can change the way they use technology and make each app session more valuable than the last.

Despite all these moves in the past, Apple is still unstoppable. Apple’s Latest Deal with startup Xnor.ai that deals with making lightweight artificial intelligence are the proof that Shows How AI Is Moving Right Onto Devices and Apple has taken up the charge to keep an edge in AI, adding more AI to the edge.

The acquisition of this Seattle based startup Xnor.ai has opened doors to working on low-power machine learning software and hardware which can be a huge positive change key in AI battleground for Apple and other tech heavyweights— constantly on the run to pack ever-more intelligence into smartphones, smartwatches, and other smart devices that do computing on the “edge” rather than in the cloud. And the motive is to execute this without killing your battery.

Machine learning is going to happen at the edge in a big way and Apple has opted for this first hand by working on low-power chips for AI. For efficient execution, it requires new hardware technology and design. And, at the same time, new algorithms as well which will be the new feature in the upcoming iPhone models.

Since the most powerful AI algorithms tend to be large and very power-hungry when running on general-purpose chips Xnor.ai has begun devising ways to pare down AI models and run them on extremely energy-efficient, highly specialized hardware which can be a huge advantage for iPhones in comparison to their competitors.

Even Xnor.ai has successfully demoed a computer chip capable of running image recognition using only the power from a solar cell. A research paper authored by the founders of Xnor.ai describes a more efficient form of the convolutional neural network, a machine learning tool that is particularly well suited to visual tasks hence states all the possible reasons for being up to the mark for being taken over by the leading brand name Apple.

The researchers reduced the size of the network by essentially creating a simplified approximation of the interplay among its layers.

Apple has been already working on making chips that perform certain AI tasks, like recognizing the wake phrase “Hey, Siri.” But its hardware still requires to be competent and capable to perform tasks without draining the battery which remains a huge concern and request from Apple users.

Apple will also have access to a platform created by Xnor.ai that allows software developers with shortcomings in AI to implement AI-related code and data libraries into their apps extending the book of learning,  Apple’s Xnor.ai acquisition is just one of many it has recently made, in pursuit of creating improved, powerful, and personalized AI features.

Here are a Few Areas Apple can Apply their low-powered AI tech and expertise it gains from Xnor.ai

Being the highest in demand and the revenue gathering factor, Apple must constantly improve its wearable technologies to maintain an advantage in an increasingly important segment. As the company looks to continue the category’s growth to counter a flat smartphone market, it will have to add increasingly impressive features to retain and attract customers.

The new Acquisitions like Xnor.ai can help it refine and improve its devices with well-known AI-powered features which could be revolutionary.

AI has been influential in making developments with the earliest being traced to Apple’s Siri, and it has the potential to advance much more in the coming years. Machine learning has moved away from its infancy to provide flexible algorithms for seamless and intuitive user experiences.

The new availability and advancement of AI and machine learning have brought straddling changes for developers, businesses, and users for facilitating more intelligent interactions.