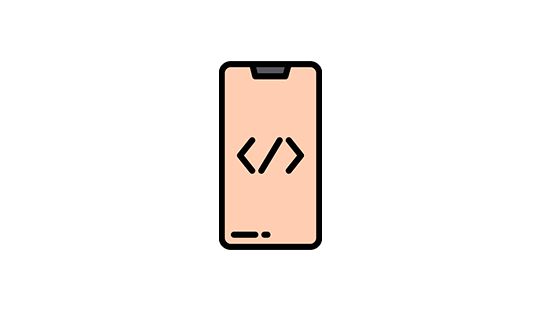 Let’s start by talking about the demand for mobile app development in recent times. It is overtly becoming a hot skill, with more and more people making a shift towards it. But that brings us to make the most crucial decision – the dire need to choose the most in-demand mobile technology.

Looking at the long line of wait for buying the iPhone, we know one thing for sure that there is a huge fan base for Apple’s iPhone, iPad, and iPod, and the demand hasn’t dropped ever since it was launched. So a career in iOS app development is a good bet.

Due to a shortage of talents in the field, today experienced as well as entry-level professionals are entering the field tracing the immense job opportunities with large scale iOS app developer salary packages and even better career growth.

However, Money is not everything, of course. Many of us do want to create something we are proud of that makes a difference in the lives of many people, being one of the major motivating factors for kick-starting a career as an iOS app developer. Let’s delve further into it.

Understanding The Demand For iOS Skills

The age of technology has resulted in an insatiable appetite for new and better apps thus giving developers numerous chances to exhibit their skill by developing interesting and innovative apps that run on iOS- which remains most loved due to low hardware configuration but high performance, attracting the interest of both buyers and developers.

Thus remains a steady demand for iOS app developer jobs who can work some magic when it comes to developing new apps and essential for maintaining and improving existing applications. These applications need to be up-to-date with the release of new IOS devices and versions and also must compete with similar applications in the market.

However, taking up an iOS app developer course needs some effort though. Whatever your inner motivation may be, here is a detailed, step-by-step guide highlighting factors crucial in becoming an iOS developer.

Decide if it’s the right career for you: The first thing is to decide if an IOS app developer job is meant for you. Start by assessing how passionate you are. Learning might get boring eventually, but if you have a passion for the things that you are interested in, it would be much easier for you to master without losing track.

In recent years, most people are opting for iOS development given its demand with most people attracted to the iPhone due to its simplicity and efficiency added with smooth and stable features. IOS developer tools are sophisticated and easy to use making it much easier to learn as compared to android for beginners. Having stated all the reasons, it’s still to be highlighted that if you want to learn iOS development, you must love this job first.

Understand what an IOS developer exactly does: As an iOS developer you are responsible for building intuitive and eye-catchy apps using Apple’s iOS operating system that is consistent with the goals and standards of their company or client. In many ways, they thus contribute to a brand, as badly designed apps negatively reflect on the image of the company. To contribute adequately, they require a strong understanding of iOS and how it works with different Apple devices and be able to adapt their applications to their firm’s or client’s requirements. Some of the other job responsibilities are mentioned below:

In order to start afresh as an iOS developer, you will also require the following before starting off your further learning:

Learn The Basics of Programming

Now comes the toughest part – where you jump straight to coding. iOS developers are known to most commonly use  Swift and Objective-C for programming. If you have some prior experience at programming, picking up Objective-C (harder to learn) or Swift (easier to learn) wouldn’t be that hard — which are mostly standard, object-oriented programming languages. But if you haven’t written a single line of code in your life, then spend some time to understand them well

Other Essential Skills For an iOS Developer

Besides learning Swift and Objective-C which are the basic programming requirements, people who want to become successful need additional iOS app developers skills which are mentioned below.

The best way of getting a hand at it is to practice what you learned is by developing small -scale applications. Start with developing simple apps and make them accessible to the public for free or at a low cost so that you can get insightful reviews and feedback for your work. Keep re-working on those lines to master it. This will help you develop better ones in the future or further improve the existing ones and get noticed for your work.

Design Your Own iOS App

Now you must be curious about designing your own iOS app. The first step to develop an app is to plan it out. You should set your target market, create the app’s layout, and add your design with effects and images.

There should also be an app page for people to find out about your app, communicate with you. For such, you can make use of websites like Strikingly, WordPress, and Leadpages.

It would be best if you have a working Mac to design your app. A developer can start to design an app using the development tools, ensuring that he is familiar with them. You should know UI and UX code designing the graphical user interface for your app.

Try designing a user-friendly app for the market, trying to bring people together, and earning profits after selling it. You should start using Xcode to start creating your app, as it is usually free. Apps can be designed using the Swift code.

You can also consider using graphic assets along with your coding tools if needed. The use of UIKit can be made to create custom controls for your app.

Publish Your App in the App Store

You can install and test your app once it is published, making sure it is working the way you wanted it to be. An early developer should keep in mind the real purpose of publishing an app is to learn the process of publishing applications on App stores and not to be purchased or downloaded.

Upload Your App to GitHub

After you have published your app on the App Store, make sure to upload it to GitHub. An IOS developer should be aware of the git commands to upload files there easily. GitHub helps a developer to coordinate with other developers in his/her team.

GitHub always proves to exchange ideas, learn, and grow with each other. GitHub helps to keep track of the code of your projects and improve your software by small collaborations. You can manage your project efficiently with the help of a teammate. GitHub marketplace provides one with tools he desires just by browsing and buying them.

Prepare for the iOS Developer Resume and Looking for a Job

Now comes with preparing your resume. Here, the resume is not any piece of paper stating your qualification, but it is the app that you have designed. You have to tell the employer your design ideas to impress them. Even if you have a clear design thinking, you can easily bag a junior iOS developer position.

But if you are finding a more independent workable approach and want to become a freelancer, then more resources are needed to support your work. In that case, search for a job in a regular company and get some iOS app development experience. Some years of experience will be worth a lifetime achievement.

Remember, becoming an expert iOS developer is not a piece of cake and if someone says that to you or promises you, then he/she is probably lying.

Although it won’t take long when you will be sitting at your desk and making apps for a particular company, it is always wiser to take a few basic and advanced level courses to prepare yourself. These courses may vary from months to a year and will train you in iOS apps and Swift too.

The iPhone is one very cool and expensive device that billions of people are already using across the globe. It’s really cool that you will get endless opportunities to prepare apps for it and undergo the utter luxury in the App store.

Apple works extensively each year so that its tools are more advanced while it also eases the work of its developers so that they can have fun developing new apps. The icing on the cake is you are paid much higher once you become an iOS app developer.

So, if you really want to pursue this career, let me tell you there is nothing like this career path. You will love it, so better to start early and start preparing yourself. And, you never know, you may land your first job in the coming days.