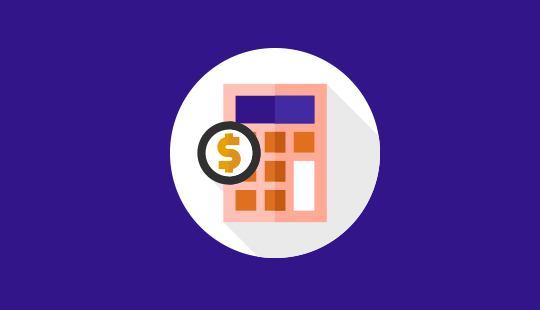 In a world that has grown increasingly dependent on mobile technology, you should consider having a customized mobile application for your business. In 2014, 60 percent of online traffic came from mobile devices such as smartphones and tablets. By 2016, that figure had reached 65 percent.

The increasing popularity of the smartphone has led to high demand for mobile apps. The mobile app industry generated approximately $44.8 billion in 2016. By 2020, market analysts predict that the global mobile app market could hit $100 billion.

If you are planning to have a mobile app designed for your business, you should first consider development costs. Mobile app development company Atlanta divided app in a multi-stage process. Each stage requires specialization, plus multiple tests to ensure quality and functionality. But if you could build a mobile app that successfully addresses the needs and wants of your market, your business could enjoy a windfall of profits.

Why Does Your Business Need A Mobile App?

Need to take advantage of this super-powered technology?  Because customers/clients crave innovation, and they love apps.  Mobile app downloads were up 15% from the previous year in 2016, totalling more than 90 billion downloads  (Techcrunch 2017), In that same year, mobile apps generated $88.3 billion in total revenue. Think that’s impressive?  Well, consumers love mobile apps so much, that the expected revenue for mobile apps in 2020 is expected to be $189 billion.  These numbers speak to a growing interest and market reliance of mobile app technology.

If your business has a mobile-responsive website, you are already ahead of 91 percent of everyone else. But if you add a mobile app, you could exponentially increase your lead over your closest competitors.

Here are a few advantages to having a mobile app for your business:

Today’s mobile market spends approximately 200 minutes on apps. A mobile app makes it easier for them to access your business without needing to switch devices.

Convenience and ease of use are important qualities for ensuring customer experience. Mobile apps allow your customers to connect and engage with you in real-time, which helps foster trust and stronger relationships.

Having your brand situated on the interface of a smartphone or tablet will heighten brand recognition, considering how much time people spend on their mobile devices. Plus, it has been estimated that there will be 268 billion app downloads in 2017, and 68 percent of consumers report actually using the apps they download.

Read more: Who is the best In-house developer VS Outsourcing

You can use a mobile app to give your customers discounts, usable information and support.

5. Presents Another Avenue For Sales

The convenience and accessibility of a mobile app will encourage your customers to carry out transactions with your business rather than patronize a competitor who only has a website.

People spend 89 percent of their time using mobile apps rather than mobile websites.

According to Arthur Iinuma of ISBX, “Mobile apps tend to get a more qualified and engaged audience, and therefore sales conversion rates are higher in comparison to an eCommerce website.”

Types of Business Apps To Consider

Businesses develop apps that cater to the needs of their market. Depending on your type of business, there are different apps you can consider:

It is very important that you have an idea of the type of app you want developing. It will help the process move faster and lower the risks of making mistakes or redesigns.

Read more : How to integrate mobile security into app development

The Process of Developing an App

There are four stages involved in the development of an app:

Once you’ve determined the type of app you want to build and identified your target markets, it’s time to choose your platform. There are two main platforms to choose from Android or iOS.

What Are The Differences in Building an App For Android vs. iOS?

Your choice of platform may depend on the market you are targeting. While iOS is more popular in the U.S., Android has slowly gained ground and in fact leads in Asia, Africa and South America.

Read More : How Web Design That Can Drives Sales and Increase ROI ?

The Next Step is to Assemble a Mobile App Development Team, Which Will Consist of The Following:

The cost of this team depends on the complexity of the app. Simple apps take approximately 10 weeks to build, with design accounting for up to 90 hours and backend development up to 800 hours.

Complex apps take around 28 weeks to build. The design would need approximately 370 hours and backend development up to 2,200 hours.

For Android Apps, The Cost Ranges as Follows:

Estimated Costs For iOS Apps (for Apple devices) Are As Follows:

The Following Are Some Other Costs To Consider For Building Your App:

Examples include Google Analytics, Chartboost, and Tapjoy. A mobile app is a great way to help your business gain more traction and better brand recognition. But it could entail quite an investment. While the timing of the release is important, you should not rush through the development stages. The cost of building the mobile app will hardly matter in the long run if it takes off and gains a large market of users.

How to Get More Data Out of Your Marketing
5 Reasons to Choose MEAN.JS Stack When Building Your Next Web Application