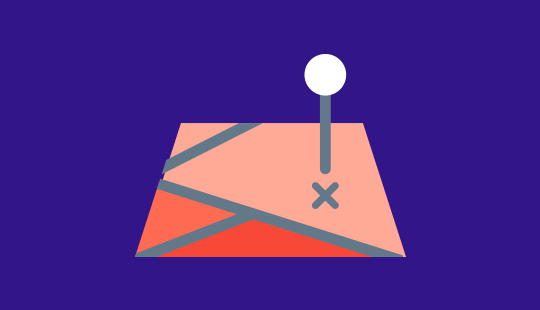 Surveys suggest that the price range for developing an enterprise mobile app is most often from $100,000 to $500,000:

Here is how three agencies characterize their typical price range for developing a business app:

Outsystems 2017 Research Report: IT is Overwhelmed

An Outsystems survey of 3,200 IT professionals found 62% reporting a large app development backlog, and 37% facing a shortage of mobile app developers. Nearly half report dissatisfaction with apps taking too long to develop: Over 80% of mobile apps take over three months to develop, and 40% of apps taking longer than 6 months.

A Kinvey report based on a survey of CIOs and Mobile Leaders found that mobile application development is “costly, slow and frustrating.” According to this November 2014 survey:
56 percent of mobile leaders surveyed say it takes from 7 months to more than one year to build one app. 18 percent say they spend from $500,000 to over $1,000,000 per app, with an average of $270,000 per app.

A survey of 12 “leading mobile application development companies” by Clutch asked about the number of hours required for mobile app development activities and calculated that the “median high” cost was $171,450, with a very wide range from under $30K to over $700K. The report, released in January 2015, includes detailed breakdowns of cost drivers:
It’s interesting to note that the largest cost driver according to the Clutch survey is not the features of the app but the infrastructure, which includes:

The Enterprise Mobility Exchange surveyed 300 senior mobile practitioners around the world and published ‘The Global State of Enterprise Mobility: 2016’.  One finding of the survey was that the most common budget size for the next 12-18 months was $250,000–$500,000 chosen by 29.1 percent of respondents — followed by 25.3% who answered over $1.5 million.

In a June 2016 report, Magic Quadrant for Mobile App Development Platforms, Gartner analyzed 17 vendors in its MADP category: Adobe, Appcelerator, Appian, Backbase, DSI, Embarcadero, IBM, Kony, Mendix, Microsoft, Oracle, OutSystems, Pegasystems, Progress, Red Hat, Salesforce, and SAP.
Gartner characterizes initial annual licensing costs for MADP vendors (not including actual app development efforts) in a three-tier structure, with the following number of vendors falling into each category:
4 vendors in the low-cost tier of less than $25,000 per year
3 vendors in the midrange tier of between $25,000 and $100,000 per year
10 vendors in the enterprise tier of more than $100,000 per year
Even among the ‘low-cost’ options, Gartner notes that actual costs may be significantly higher depending on other related services purchased from these vendors.
The full Gartner report can be found here (registration required).

Several mobile app and platform companies are now offering calculators that let you specify the features you need and see a ballpark estimate of how much your app will cost. We ran a hypothetical app project through each calculator, answering the questions to represent the kinds of features and complexity we see in our own customers’ high-end mobile solution requirements.
Our example project is for iOS and Android and includes login authentication, complex business logic and UI, offline functionality, and backend connections. Keeping the estimates parallel was an inexact science because they each ask different questions, but we made the effort. Below are the results.

This Kinvey estimate was for the price of building the apps yourself. To be fair, Kinvey also calculated the lower cost of $139,000 to build the app using its own BaaS platform.

It would be a mistake to think of app design and development as a one-time cost. Creating the app may just be the tip of the iceberg, or better yet, the first step of a long journey.

Commentum in 2015 estimated the maintenance cost for a medium-sized enterprise application project to be in the range of $5,000 to $11,000 per month. Even the lowest estimate for a small project is not insubstantial at $3,000 per month — and a larger project ranges as high as $25,000 per month.

Plan for several updates per year

According to an AnyPresence survey of enterprise mobile application development professionals, found that over 80% reported updating their apps at least twice a year and nearly a third were updating at least once a month. Frequent updating can be a major ongoing cost driver

Because there are so many different variables, the price for a mobile app could range anywhere from $5,000 to $500,000; however, the price range will typically be somewhere between $100,000 and $300,000, with the entire development process taking 12-20 weeks. …here are the five key factors to consider when determining the appropriate mobile app development budget…
Microsoft PowerApps blog:

Not enough skilled mobile developers. Gartner predicts, “through 2017, the market demand for mobile app development services will grow at least five times faster than internal IT organization capacity to deliver them.*”  There simply aren’t enough skilled developers to keep up with the demand for business app scenarios.

Average Cost of Developing a Mobile App Now over $200,000 (DMI, 2016) Lays out 7 stages of app development and analyzes the level of effort ranges for each phase.

How Much Does It Cost to Build a Mobile App? (Build fire) Cites several of the same data sources as we present here, and provides analysis with a focus on B2C apps.

iPad App Development Cost – A Breakdown (Propelics) Dated but still useful analysis of consumer vs. business apps and what features make an enterprise app expensive ($150,000 and up).

The Power of CRM for B2C in eCommerce and Retail