iOS 13 vs. Android Q: Which Has The Better App Permissions System 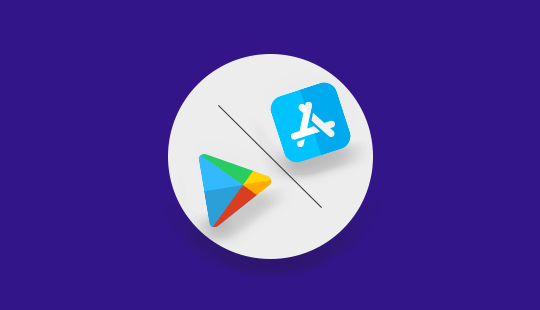 Home  »  Technology   »   iOS 13 vs. Android Q: Which Has The Better App Permissions System

As both the iOS 13 and Android Q are available in Beta, most of the people have a question that which has the better app permissions system. Look at various things stand with these two operating systems.

Without an operating system, a phone is just a glass slab whether it is an Android or iPhone.

Recently, Apple has announced its iOS 13 app solution for the iPhone. iOS 13 includes a dark mode, have more control over privacy and some improvements to make the iPhone more secure. In the same way, Android Q also provides dark mode as well as focus on privacy and artificial intelligence.

The developers of both platforms iOS and Android announced that there will be dark mode. It is because the brightness of the screen affects the eyes negatively. Both the iOS 13 and Android Q come with the equipped dark mode on the screen. All menu screens, fonts, and buttons will be of darker color.

Apple has more experience when it comes to dark mode. Apple lists a broad collection of things where you can see the dark mode theme such as in wallpapers, calendars, widgets, notifications and much more. Therefore the Dark mode of iOS 13 stays ahead of the Android Q.

Google photos offer you almost everything that a person needs when it comes to photo services. There is an effortless backup with the easy to use editing and sharing tools for an Android phone.

Apple photos are great in identifying the objects, faces, and screens. Unfortunately, most of the features are available to the Apple users and only the first 5G of the space is free. While in Android Q, the first 15 GB of storage is free. Therefore when we compare both systems measuring performance based on photos, Android Q wins the game.

Google has announced privacy features into the latest Android Q. However, no one can tell you about the extent of privacy until the software come out in the market. Though you might know that, in the latest version of the android, you can set the permission by yourself using applications. While on the other hand, iOS 13 have similar abilities even iPhones are known for their robust privacy for years. You can choose how often you want to give your location data to a particular application and the iPhone would not ping over and over again when you are not using your iPhone. It makes it one step ahead of the Android Q.

Using the “sign in with Apple” feature, Apple users can create new accounts and can log in using account ID and face ID. This makes the iPhone ahead of the Android Q Beta.

Apple Messages, Face Time or Google Duo’s Messages, Hangouts and So On

Apple has put its focus on the messages and face time makes it not possible to beat the text or video chat. As privacy and security is the main concern of Apple, therefore communications are encrypted end to end. The messages handoff between macOS and iOS is seamless and in messages, you can further customize the Emoji named Memoji avatars. For years, people are demanding for interesting Emoji.

Google messaging applications are varied. Applications such as Duo and Hangouts are used for voice and video calls like Google voice are especially for voice calls, hangout chat for business communications and messaging for text messages sent to your friends, family or anyone else. You can use hangouts to continue your chat on windows and Mac. Though the web version is handy but not flawless therefore, it can be said that iOS 13 stays ahead to Android Q when it comes to messaging and chatting.

Though Apple was the one who has started voice assistant gate in 2011 Google assistant is no less than the Siri Voice assistant. In iOS 13, Siri has got the new robot voice which is similar to more human. Siri has also taken some of the new tips and tricks such as they can read the messages and can respond to them. iOS 13 has also come with the Siri shortcuts.

But Siri is not capable to read and understand the different commands given in different languages. Though it is a basic functionality it is the heart of the assistant. Imagine if your assistant is not able to understand what you say then how one can be a good assistant.

Google assistant will track what you will do with your phone and will give you recommendations based on that. But Siri is underwhelming because the database is limited to express while Google offers great results.

If you need to get from one place to another Apple maps are working good. With iOS 13, improved mapping has been launched with better road and pedestrian information. The maps also have a look around feature enables you to watch the location in 3D.

On the other hand, Google Maps have three features including the 3D mode known as a street view. Still, Google is working on its maps and exploring system to make it more useful to find information. Google Maps are great because an explore tab will let you see an endless list of places to have lunch or dinner.

If you love swiping instead of typing then iOS 13 and Google both offers you swipe able keyboards in the latest version of the software. You can also implement other keyboard type Android applications to your Android phone.

So, Who is The Winner of The Game?

Therefore, one could be better than others. Though there are several things around the world we can decide which one is better with the right dosage of innovation, security, and convenience. So, when it comes to iOS 13 vs Android Q, iOS 13 beta stands ahead of the Android Q.

Now, with the great news for app developers, they have to pay attention to android and iOS app development based on the latest technology.

So, are you ready to see the positive change?