Android Studio 3.2 is Here: Let’s Dig into its Pivotal Features 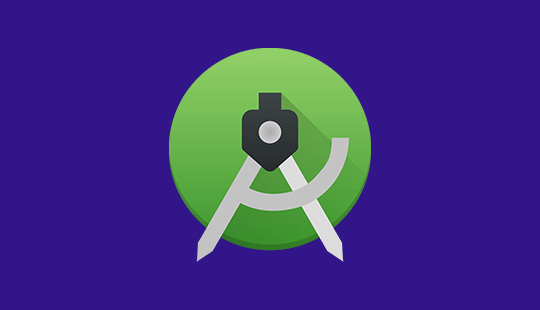 Google has released the latest version of Android Studio with over 20 new features including some relating to the ‘Pie’ release of the OS.

Among the major new features is support for ‘App Bundles’ which is Google’s new way of packaging Android apps to shrink their size.

The next major feature is ‘Emulator Snapshots’ which builds upon ‘quickboot‘ to boot up and return to a snapshot preconfigured with the correct settings in under two seconds.

No user likes a dead battery, so if your app is found to be the culprit, it’s not going to win you any favors. A new ‘Energy Profiler’ allows you to visualize the estimated energy usage of system components, plus inspect background events that may contribute to battery drain.

The major addition for Android Pie users is support for ‘Slices’ which allows users to surface app content in Google Search suggestions and the Google Assistant.

This feature allows you to use placeholder data to aid in the design of your app. This will help you visualize layouts that depend on runtime data. You can add built-in sample data to populate views such as RecyclerViews, ImageViews, and TextViews via a popup-window in the Layout Editor.

When you start migrating from the Android Design support library to the new MaterialComponentsapp theme and library, Android Studio 3.2 will offer you access to new and updated widgets such as BottomAppBar, buttons, cards, text fields, new font styles and more.

For those using C/C++ in its app, Android Studio has better support for CMake. With this release of Android Studio 3.2, code completion and syntax highlighting now work on common CMakeList build script commands.

Android Studio 3.2 has a new assistant panel that opens automatically after an update to inform you about the latest changes to the IDE. You can also open the panel by navigating to Help → What’s New in Android Studio.

One of the components of Android Jetpack is the introduction of the Android extension libraries (AndroidX) as a replacement for the Android Support Libraries. To add AndroidX to a new project you just need to add android.useAndroidX=true to your Gradle.properties file. Additionally, Android Studio 3.2 has a new built-in refactoring action to help migrate your project to the new namespace and dependencies. Also if you have any Maven dependencies that have not migrated to the AndroidX namespace, the Android Studio build system will automatically convert those project dependencies as well.

In some cases, new Java Language features require new bytecodes and language APIs. However, older Android devices may not support these features. Desugaring allows you to use these features on older devices by replacing new bytecodes and language APIs with older ones during the build process. D8 desugaring is turned on by default for Android Studio 3.2 and you can now use most of the latest language changes while targeting older devices.

Starting with Android Studio 3.2, we are starting the transition to use R8 as a replacement for ProGuard to optimize and shrink Java language bytecode. R8 is still experimental, so we do not recommend publishing your app using R8 yet, but it is a good time to give the Android Studio team early feedback so we can make any adjustments before R8 fully replaces ProGuard.

You can now run the Android Emulator on Windows® 10 computers that have Hyper-V enabled. Intel HAXM is still the default hypervisor for the fastest Android Emulator experience. However, thanks to recent open-source contributions by Microsoft, and the addition of the new Windows Hypervisor Platform (WHPX) API, the Android Emulator can coexist with other Hyper-V-backed applications, like local Virtual Machines, using the new Hyper-V Support.

The new Virtual Scene camera in the Android Emulator helps you to develop for ARCore, Google’s platform for building augmented reality experiences. The emulator is calibrated to work with ARCore APIs for AR apps and also allows you to inject virtual scene bitmap images. The virtual scene camera can also be used as a regular HAL3 compatible camera.

Android Studio 3.2 has a new assistant system to help troubleshoot your Android ADB device connections issues. The ADB Connection Assistant walks you through common troubleshooting steps to connect your Android device to your development machine. You can trigger the assistant from the Run dialog box or by navigating to Tools → Connection Assistant.

The new System Trace feature in the CPU Profiler allows you to inspect how your app interacts with system resources in fine-grained detail. Inspect exact timings and durations of your thread states, visualize where your CPU bottlenecks are across all cores, and add custom trace events to analyze. To use system trace, start profiling your app, click into the CPU Profiler, and then choose the System Trace recording configuration.

We now automatically save Profiler data as “sessions” to revisit and inspect later while you have Android Studio open. We’ve also added the ability to import and export your CPU recordings and heap dumps for later analysis or inspection with other tools.

For those of you who have C/C++ code in your Android app, Android Studio 3.2 now allows you to inspect the memory allocations of your JNI code in the Memory Profiler. As long as you deploy your app to a device running Android 8.0 Oreo (API 26) and higher, you can drill down into the allocation call stack from your JNI reference. To use the feature, start a memory profiler session, and select the JNI Heap from the Live Allocation drop-down menu.

Android Studio 3.2 is a huge release with many exciting and welcome new features. On top of the user-facing additions, many stability and performance fixes are included under-the-hood.

Full release notes for 3.2 can be found here, or if you’re already convinced you can get straight to downloading the latest version.

What are your thoughts on Android Studio 3.2’s new features? Let us know in the comments.

5 Reasons Why Content Marketing Isn’t Working For Your Brand
Google Released Angular 7: Let’s Get the New Features and Updates