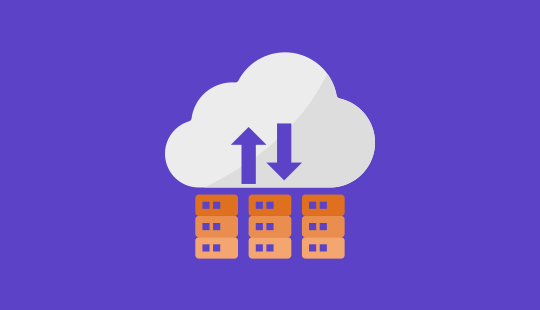 What is Revolution all about? We witnessed the social, political and economic revolution. Now is the time for a technological revolution.

Having said that, cloud storage forms a gigantic nebula in itself. Deep diving into its stack of applications ranging from cloud hosting to computing, the list is replete as data mining continues to challenge our traditional storage options.

The saga is no different when it comes to the rendezvous of Android application services with cloud storage. Let us break it threadbare.

The cloud that we are talking about is a large network of pooled resources that serve as a single hosting unit despite being segregated in time and space. This feature of the cloud gives it a range of applications that have made it a less ordinary technology, which is next to none.

Read more :  Mobile App Development Trends That Will Take Over In 2019

As the data sets are distributed in length and breadth, the chances of loss or redundancies of data are drastically reduced. Hence, with consistency in performance, reliability, and efficiency, cloud hosting options are populating the minds of innovation-based startups.

The Crux of Mobile Applications

Mobile application, which is a type of software designed to run on the mobile platform, is now designed for much more than that.

It is not surprising that mobile phones now support iOS applications that are difficult to run on the erstwhile desktop versions. Nevertheless, mobile application stores are being flooded with newer applications in the categories of sports, music, cuisine, health Solution, and gaming.

Decoding The Benefits of Cloud Storage

The Limits of Capacity

Statistically speaking, cloud storage provides its users more than 500 petabytes of storage which when put in simplified terms is much more than the amount of data stored in 85000 hard drives. But this is just a simplified facet of number as the capacity of cloud storage can go much beyond this given the exponential pace at which mobile applications are increasing.

The Virtue of Reliability

Imagine a scenario when critical security information is condensed in the architecture of a smartphone with limited backup options. This renders the critical information vulnerable to breach and resulting in an enormous loss. To come out of this limitation, cloud storage may prove to be a pivotal as well as a reliable option in that it has the tenacity to not only hold on to tons of data but create backup options as well.

Read more: How Can HealthKit and Google Fit Help ?

Android or iOS device requires apps that are specifically designed for them. However, cloud-based apps are featured to run on both platforms simultaneously. This feature of interoperability exposes the app to a large number of people or simply double the number of clients who are now using the cloud-based app.

Someone who wants to develop a platform-specific app has to spend a lot on the cost of development, which usually turns out to be higher when compared with developing a cloud-based app. This also results in fund savings, which could be used for app maintenance and updates in future.

The development of mobile applications using cloud storage also saves a lot of time. When one tries to develop an app using traditional native techniques, it might take time ranging from 6 months to one year. On the contrary, cloud development enables not only fast development but also quick launch.

The Question of Safety

If we are not using cloud storage, it means that we are storing data on the mobile platform, which may be infected by malware. The breakdown or malfunction may also result in losses. The remedy lies in using cloud-based storage, which secures our information and data.

One of the drawbacks of native apps is the time and cost involved in their installation. The advantage of cloud-based apps is that these can be run in the browser itself.

Recovery of data is easier when it is hosted by a cloud. Cloud server hosting enables the retrieval of data almost under every circumstance. When the data is hosted by mobile platforms, data has a relatively higher chance of being damaged or destroyed.

When we peep into the dynamics of cloud storage for mobile applications solution, we observe that technology giants like Netflix have beaten along the roads of success reaping the benefits of the cloud. As such, the time seems right for a complete switch over to cloud storage in the age of the Fourth Industrial Revolution!

Sanchita Mittal is a dynamic technophile, writing on all aspects of the technological world. With wide and deep experience of covering all matters related to Technology, App Development, Cloud, Big Data, Artificial Intelligence, business process outsourcing services and Digital Marketing. He wants to be at the forefront of technology, whether it is already applied in real life or still in the R & D lab.