Mobile App Development Trends That Will Take Over In 2019

The shift from accessing the Internet on laptops or desktops to using Smartphones is real but at the same time, a little swift. According to new stats published by We Are Social, the number of Smartphones has grown to 5 billion and even more. Contrary to what many skeptics thought, this trend will continue to grow and is not seemingly to run out quickly just like the iPhone battery with iOS 11. 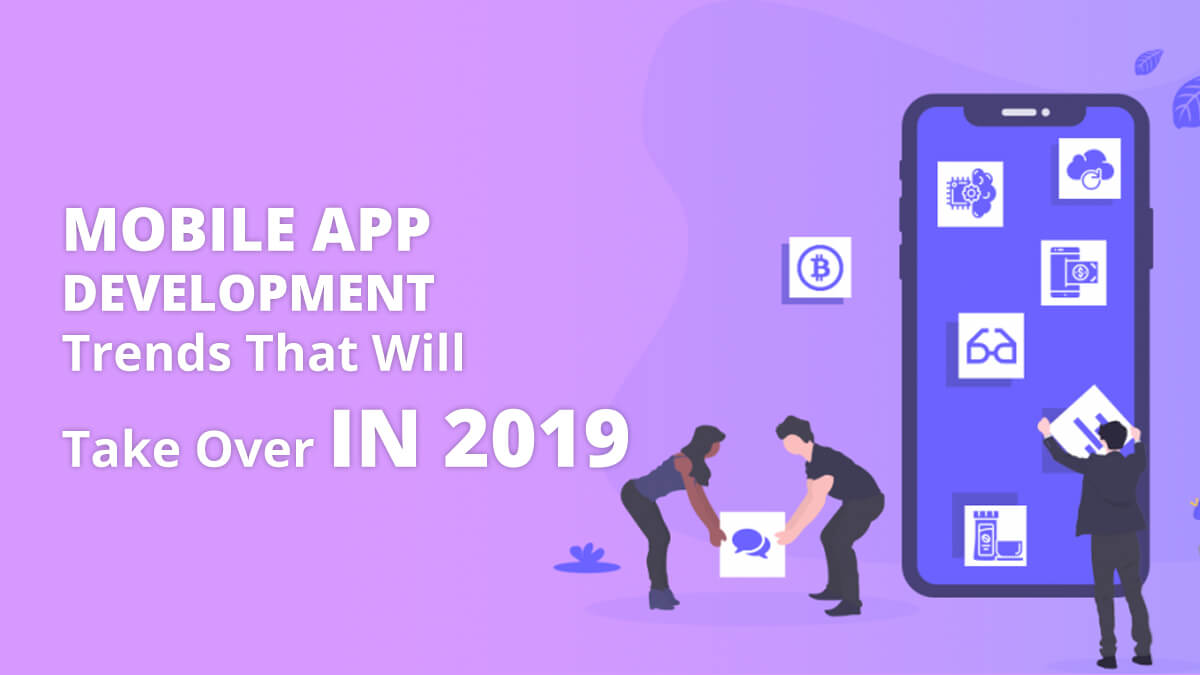 In this article, we’ll touch upon some of the mobile apps that will be worth trying in 2019. Read on.

This is translated into the acceleration of mobile pages. Developers haven’t looked back after begin to integrate Google Search in 2016. Thanks to this, we have a new HTML version that has improved user experience and Facebook Instant Articles, one of the best success stories setting the stage for better mobile app development in Atlanta this year.

By inculcating these tools, they are absolutely taking a great stride in on-demand app development.

Progressive web apps are actually apps that are designed to provide a different and unique app experience. But unlike traditional apps, they don’t require any installing process at all, so you can start using them on your device without them being installed. The only thing you need to use is a browser, yet they can be also run without the Internet.

This type of technology can be operated on a low-bandwidth network which means it can work smoothly on any Smartphone or tablet.

PWA’s then seems to be a great alternative for people who have low-spec smartphone devices. The good news is that they will be able to use things like Google Maps better with this amazing advancement.

A Rise In The Demand For Wearable Devices and IoT

With the new Apple enhancements, it will be difficult not to spend a lot of money. App developers are looking to create wearable devices like Smartwatches which will serve as the wearable app solution in 2019.

Chatbots Will Be Integral

Chatbots have proven to give a proper response to users about anything in real-time. In the past, responses were not personalized. Today, they have re-programmed to respond to any queries users do. Initially, chatbots were used in apps like Slack and Skype, and even Facebook but other companies are considering the introduction of the chatbot into their native mobile apps.

This is one of the apps to look out for in 2019 because it gives a boost to the overall functionality of mobile apps, solving problems that had been persisting in the last few years.

AR and VR are two will be amongst the most wanted technologies in 2019 because they are just futuristic apps that deliver a realistic aspect and atmosphere to the experience of users. VR is not a new thing in the gaming space. It has been also implemented by promoters to target their customers more appealingly. This trend is as popular as any wearable mobile app on the market today.

In the year to come, this technology will have similar use to the one above for buying process simplification. It will also become more interactive, just as with other popular mobile apps Twitter and Facebook. For Instagram and Snapchat, AR filters will be coming.

Well, in 2019, we saw how companies like Amazon fired up the competition in IoT by adding it to all its list of devices. Google didn’t lag and came up with its product Google Home brand.

In 2019, users will be expecting things such as light, speakers, and other appliances. Nest, a home security cam will be launched by Google as well.

It took years but the world is undoubtedly embracing the possibility of getting cloud computing and integration. Some of the benefits of cloud integration are:

There are other advantages but the ones mentioned above are the most important for now.

Instant Apps – the Future is Now!

Let’s call these Android Instant apps. They are a new way whereby companies are marketing apps to customers. These additions help users analyze the games they are about to install. It also functions with other Smartphone apps analyses. Instant apps are free and are specially designed by developers to give the first impression of the products they deliver.

It goes without saying that with the incorporation of the Uber app, there will be more hackers trying to breach security. In fact, Facebook and Google are admitting that they need it because they are always at risk of security lapses. This will cause many companies to invest in cybersecurity to protect their users’ data privacy and abide by the protection laws. But the first step is to recognize the power of hacking. Unquestionably, the finest minds in technology will have to up the ante if they want to do so.

Beacons technology is not a new thing but is expected to make its presence stronger in 2019.

It will be available in the form of mobile payments beacons, beacon-enabled airports, and of course, automated payments through beacons as well. So, it will make information sharing and transmission smoother than ever. Let’s see what this technology can do.

Moving From The Mobile App Ecosystem

If the term Ecosystem doesn’t ring a bell to you at all, let’s put it simply here. This trend gives you the capacity to enjoy apps that are compatible with iPhone but are impossible for you to use in Android (it’s an example). So, this issue is about to end in 2019. iMessage, an Apple product released this year, was introduced on Android and other platforms. Why? Just for the sake of the app!

It is very simple to deduce the impact of mobile apps the next year. 2019 will be the year where AI will flourish. As a bonus, many of them will be free just because developers want users to try them and because they want to draw in more customers. So, let’s see which app will be leading on!