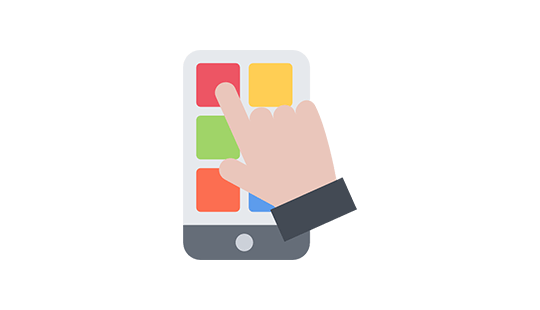 In today’s world, everybody needs some extra savings for the present and future. There are so many options to earn from home. Making Money from Android apps is one of those options. You can have a great source of income if you can develop and create a successful android app. You will be able to earn a secondary income.

Here is the list of best android apps that help you to make money;

Most of you people frequently think about whether you can make money through android apps or not. You can have a higher chance to make more income if you design and launch your Android app using any of the monetization models.

Now you would have another question in your mind; how much money can you earn by apps?

Mobile apps give you an immense chance to earn more money. You can even earn billions of dollars through a few mobile applications. It happens with specific types of apps only, and on the other hand, other applications make no money.

You would find it difficult to find the revenue generation estimation of an app through a wide range of mobile apps and the amount of Money the apps produce.

Is This A Highly Profitable Business?

In the international business environment, the scope of mobile apps is getting wider and wider. So, the number of mobile app developers is also increasing. It also results in the success of companies more than their expectations, even with the least investment.

A Platform That Makes More Money For Mobile App Developers

There are several types of market platforms and penetration that increase the chances of earning potential income with the help of the proper application.

In iOS application development, a mid-level developer is also able to make a lot of money in a year. Thus, after this result, you can say that iOS and android developers can make maximum Money. They have been making the most revenue in the development phase among other developers. Also, there is one specific platform to make the best profit once an app turns to be very profitable in a particular platform.

if you add some extra paid feature in the paid app, then it falls under the hybrid monetization model. However, it could be even unfair to download an application with a payment option. And on top of that, you have to pay extra for using its features. Here the example is FaceApp which considers paid features and downloads for the app.

What is the Secret Behind Better Earning With the Android App?

You may have downloaded one particular app on your android phone. And even you download one single application more than once on your phone. It is a way for the app generator to earn better revenue. Prominent app players have performed it. Here we are defining some better app generating examples for you.

if you have the most used application, then you need to add on some updates with time to earn better. It is too valid for free earning apps with better advertising. There are a lot of applications that a large number of users download and use daily. Thus, it has helped in making more and more money from such applications.

An app owner makes more than 2 billion every year. More than 1.5 million people are android users, and the total income generated with android apps has reached over 45 billion dollars. However, there is nothing much astonishing to state that billions of new users come every year for a new android app. Android has helped a better earning with its apps. Then why should you not try this out? But how to make good money with the Android app? here we have some key points to help you earn better with android.

How Can You Earn With Android Apps?

Suppose you have designed a particular Android app. Each of these apps has dynamic uniqueness in making Money. If you have developed an android app, then first, you must go through Google play dynamics. Try to know strategies with the help of insights that an android developer can gain. However, it would help if you were very cautious about defining your income model before you develop and launch an app. It is the very first step in making Money.

If you are ready with your first android app to publish, then your next step is defining the model of income. However, the entire process might even take your much time, and hence it would slow down the process of making good Money through android apps. It is not much efficient technique, and you should go with an alternative to this problem. An android app must generate revenue for you with a good income. Hence it is possible to create user-friendly apps, and you get a chance in making more and more income.

Is It Necessary To Know Competitors?

Since when you are developing an app, you will inevitably face good competition from your competitors. Also, there could be many alternatives to the app you have designed. In both the situations, make sure for one thing that how much income your competitor has earned through their apps and what do you expect from it.

However, the solution to this problem is not easy to predict. But one thing it will make clear for you is you can define a proper income model strategy for your app. Thus it helps identify the points that are lacking in a model and how you can improve them. You can even highlight these essential points in your android application.

How To Define The Best Income Model For Your App?

What Offers For Free Can You Get With An Income Model?

To earn useful apps for your model, you need the best ad display or even click on the ad by the user. Advertisers should display per click criteria, and accordingly, apps will be displayed in the app. This is an advertising model that displays the apps running for a long time, for example, games played by most of the people.

If you are downloading an app with the freemium income model, then it’s free to use. But in this case, the user can only use specific features for free rest others are to buy to enhance the experience of running apps. However, this is a prevalent model these days. An android developer has earned maximum revenue with this very model. Even if you are planning to use this income model for your app, you can set some fundamental features for it. It can further be channeled into in-app purchases for more.

As the name suggests that a paid app is all on the model of the user that he wants to buy for using it. For a paid app, it must be very functional to attract more people. However, target the open-minded users for this app who can pay for this app. It is essential to have positive reviews for a paid app on the Google Play Store to get better business productivity. It will help the user to pay enough.

In this model, you will have optional features to put on sale. These are very often found in the mobile games, and it depends upon the genre of the game.like in a game you can put on a purchase option for weapons and tools to use and play. It will help increase the income of the app. Also, you can use these models and improve business productivity.

However, the total income earned through in-app purchases has risen to 24 billion worldwide. Thus this model has proved to be the most lucrative model that has provided 20 times more revenue to the app developers.

You can purchase certain content and features of the app for a specific time in this model. However, this model might even have a direct link to the freemium model, but one thing that you should not forget is that this model is valid for particular content.

If you provide some music or a video, then it is precisely for generating income. The income model that you are choosing for a business must be suitable, and revenue is generated on the right scale. No matter what model you are using for your business, make sure it brings you maximum productivity for the same. Income generation is only possible with continuous inspection of the data for providing better optimization of the ads for an app. Use MobiRoller to make Money by creating different android apps.

How Can You Make Money Through Free Apps?

Here are some strategies that you would know for earning Money with free apps.

It is a popular strategy. Thousands of Google Play Store apps and Apple App Store apps use this strategy. It allows its users to purchase something in the apps. There are three types of in-app purchases:

Ads are a major part of earning income in the international market. You see ads everywhere and in mobile apps too. These ads are part of affiliate marketing. Using in-app ads, you advertise your other products like games, goods, etc. These ads get played in your mobile app. When people interact with your ads, you get paid for that. There are many types of campaigns used in affiliate marketing. The most popular ones are;

This monetization strategy is a very powerful strategy for making money. You can use it to ask your app users to provide their email messages. You can even ask the mobile app users to login using their Facebook ids. It will be a great way to collect more and more emails. You should also give the users a chance to cancel the email notifications. It will help in making the app more credible, and the users will know that they will not receive so many spam messages.

Now it’s time to build an app for better productivity and income. Building apps is not just for the sake of fun but also for making Money through the specific tips mentioned above. This article is especially for only those who want to earn money. Also, many can even start this as a business and attend this rat race. Thus, you can make a good profit by both means timewise and financially.

Apps will keep you busy every time, and hence you can reduce overheads. However, do not turn and change your idea of not building an app now. It’s time to take simple and easy home-sitting steps to make extra money. There is nothing wrong if you are interested in making money. There are countless people who are planning their future in this sector, so why not you? It’s the right time to start and grow yourself.