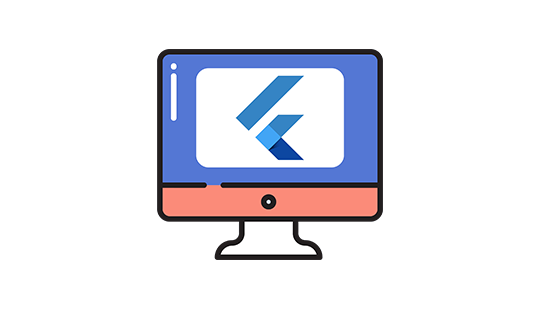 In terms of mobile app development, what are the pros and cons? For every app, is Flutter is a good idea? You will find important information about Flutter for App Owners, product owners, as well as all who wish to develop a mobile app through this article.

A lot of attention to Flutter was dedicated by Google I/O 2019, and an almost overwhelming amount of news about this technology is announced. The following are a few of them:

Being the roundup of Flutter news at Google I/O, Tim Sneath, product manager of Flutter made an aggregation of all the big news announced for Flutter in I/O 19.

Whether you are deciding to use it or not, if you wish to develop or improve your mobile app, you should be aware of what Flutter is as well as the pros and cons it carries as Flutter is becoming a hot topic. Let’s begin with the basics here.

Completing with a framework, widgets, and tools giving developers an easy way to build and deploy visually attractive, fast mobile apps on both the Android and iOS platforms, Flutter is Google’s mobile app SDK.

A smooth and easy cross-platform mobile app development is enabled by Flutter. Separately, you do not need to develop an iOS and Android app. For both platforms, all you need is a single codebase.

What more do we have in Flutter:

Let us check out the pros and cons of Flutter now!

The main advantages are as follows from the perspective of an app owner:

Let’s look into them much closer. We have prepared the list that is going to help you understand the top advantages of the Flutter app for mobile developers.

Flutter means faster & more dynamic mobile app development for the developers. We can see them straight away in the app, and we can also make the required changes in the code. It usually only takes milliseconds and helps the teams to add features, fix bugs, and experiment faster as it is the so-called Hot reload. About the Flutter that is loved by every top Flutter app development team, it is one of the things.

In the developer-designer cooperation, when we wish to improve or experiment with an app’s looked and to check the effects on the spot, hot also reload very comfortable. Your designer or tester can work together with a developer on the UI to make changes such as “Placing it 2 pixels right” or “to make the animation faster” and to check them out immediately, in other words, all with Flutter.

They all can be hot-loaded with most types of code changes. To need a full restart, there is a list of changes with hot reload limitations.

Whereas the project needs to be rebuilt, and that takes a lot more time in the case of native app development. For every single, we need to wait for even at least several minutes.

1. One Code For Two Platforms

Covering both Android and iOS platforms, the developer writes just a single codebase for your two apps. As it has its own widgets and designs, Flutter does not depend on the platform. You have a similar app on two platforms is what it means. If you wish to differentiate your apps, as it is possible, it is something that is quite important here.

It means less testing if you have the same app for two platforms. The process of quality assurance can be faster. The developers write automatic tests only once due to a single codebase. The specialists have less work to do as they only have one app to check for the Quality Assurance department. They need to be tested on both platforms if your app has some differences.

Without hanging and cutting while scrolling, the Flutter apps work in a smooth and fast way. You need to go through this article if you want to understand why and how it operates from a technical point of view. This amazing page in the Flutter documentation speaks about the best practices for app performance, as you need to check out these.

4. Designs Which Your Users Will Love

To create your own widgets or to customize the existing widgets, Flutter is designed to make it easy. For example, material design widgets and Cupertino widgets, as you can browse a catalog of Flutter’s widgets.

Even on the old versions of Android and iOS systems, your new app will look the same. To support the older devices, there are no additional costs. Flutter runs in the iOS 8 or newer as it can also run on Android Jelly Bean and the new versions.

To show it to your investors, do you need an MVP or Minimum Viable Product for your app? Especially if you have little time, Flutter can be a perfect choice.

Though, is the Flutter app all about the pros? To see whether that is the case, we tested it out in practice. The following is the cons that we found:

1. Flutter Is Still An Immature Framework

For so long, why is it not entirely stable as it has not been around? A number of more or less problematic issues remain the same, along with a lack of more advanced features that leverage the capabilities of the operating system. While comparing them to the native counterparts as many of these features are not yet supported, with plenty of libraries being in the pre-alpha stage.

It is basically like taking a step back as it has either fewer features or the existing ones are not exactly well-refined while comparing it to Swift and Kotlin.

They are heavy to start with as they are quite large. They take longer to download or update as they occupy a lot of space.

The Flutter app does not create any native components, basically. It is not exactly the same as it somewhat replicates Android’s Material Design and iOS-specific components with its Cupertino library. With the different system versions where text fields or buttons vary from one another as yet stay the same in Flutter, it is visible.

When it comes to developing Flutter apps, it can be problematic while building more complex software as there are no single guidelines.

To make the maintenance of the code difficult in the longer run, the framework as well Dark language that changes rapidly at times. The future of Flutter might still be uncertain as it gives the track record of infamous projects that are killed by Google.

When Should You Use Flutter, Then?

It is quite clear to see that Flutter is not mature enough in order to handle more complex projects for now. For an MVP at the same time, it is also a good solution. With every new technology, actually, it is a common pattern.

To cut the costs and check out your idea in action whenever you have an idea for a mobile app, and you are not sure whether it is a good or a bad one as you build the MVP with Flutter. Instead, if the MVP becomes successful, you should start to think about turning it into native mobile apps.

T would be consuming a lot of time and money when you start developing two separate apps from the start. Why the startups with limited resources turn to cross-platform solutions like Flutter is also one of the reasons here. You can easily bring their ideas to life without having to make any substantial investments by reusing code.

In order to build a highly-branded experience supporting several platforms, more established enterprises also seem to appreciate Flutter’s ability. You should consider giving this cross-platform technology a try if that is something that might be of interest to you.

Which Is Better: Flutter or React Native?

To the React Native, Flutter is said to be a strong contender. React Native is more mature and stable, and not to mention it takes the benefit of most of the popular programming language, JavaScript, and already has a larger community of users and supporters behind them for now.

Flutter also seems to be growing at an unprecedented rate at the same time. There is no need to go through JavaScript Bridge thanks to the use of Dagger as it is easy to write and compile the code at speed as it also happens to be faster than React Native.

Though, it does not mean that other cross-platform technologies have become obsolete. The nature of both Flutter and React Native allows in the reduction of time-to-market and makes the development of mobile apps a lot more efficient, attracting increasingly more developers and app owners after all.

So, Is Flutter Good For Your Business?

Let us understand if and how Flutter can benefit your business now that we have seen its pros and cons and how it compares to React. Cost-effective development and faster development time is the biggest advantage offered by Flutter. Launching an MVP before the actual product is a safer way to validate your idea if you are a startup founder.

Flutter comes in right here. Using Flutter, you can create your MVP to reduce costs, save time, and in terms of validating your concept. To reduce the efforts allowing you to freely experiment while building your great product, a single code base and Flutter’s rich UI widget library can help.

If you look to quickly scale your application across multiple platforms, Flutter can thus be a favorable option for your business. The time-to-market is significantly reduced through this. It does not mean that Flutter can be used only by smaller companies or startups.

Flutter has every right ingredient to become one of the best mobile application development frameworks in the near future while it is a new framework. To find out how rapidly Flutter has grown since its launch, you need to go through this article here.

Flutter also has few amounts of cons like several other new technologies and requires a bit more time to evolve. However, the advantages offered by it are quite significant. You can get a better idea of how it helps in building great applications when you study a few of the use cases of Flutter.

Across several platforms, Flutter can allow your business to quickly launch and scale your product. One of the ideal choices for startups is what it is. We hope this article here will inspire you to try out Flutter and become a part of its thriving community if you are passionate about technological developments.