7 Way to Boost Organic Traffic for Your Startup Mobile Application 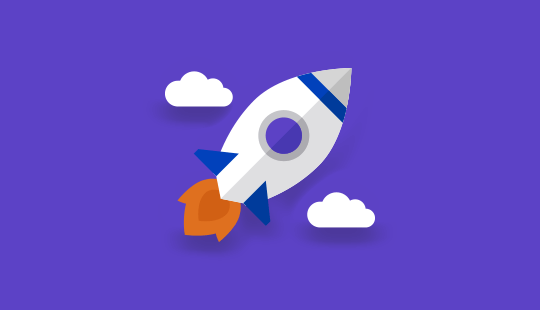 So, here are some user-experience tips that most app developers aren’t paying attention to.

Can Your App Be Used In A Hurry?

We now live in a fast-paced life and to keep up, people are generally multitasking. So, when they are in a queue for something or when they’re taking an evening stroll, some people use the time to do a few things on their phones. So, is your mobile app simple and clear enough for someone to be able to use it while working? If not, you should do something about it.

Does Your App Counter Reflection?

Since the inception of color phones, it has been difficult to use a phone under the sun without covering the screen because of reflection. The advent of smartphones didn’t alleviate the situation because they also have a multi-color background.

While you may not be able to do anything about the phones, you can make your app bold, clear and legible enough for easy usage even under the sun. If you can achieve that, then you can easily say your app can be used anywhere. This may be the game-changer for your mobile app.

Are The Fonts Of Your App Big Enough?

Smaller fonts make people squint or strain their eyes to read but many app developers use them to be able to capture more information in one screenshot. This is not a bad idea either but it is better to get a good balance. Maybe you should provide a feature that’ll allow users to enlarge fonts to their satisfaction.

How Big Are Your Icons

Good icons should be big enough for users to tap easily. They don’t have to struggle to use the tip of their fingers. In addition, icons, buttons, and links should not be placed too close to each other. If they are too close, users may mistakenly tap the wrong one. They should be big and you should space them. That way, it’ll be easy for people to use your app while walking or while in a hurry.

You Should Make Your App Intuitive

Yes, you have made your app very simple and everyone should be able to figure it out. Great! But are you really sure about that? An interface may look simple to you and some tech-savvy users but it may not be simply an internet newbie. So, in addition to making it simple, you should also add guides.

In fact, some apps include an entertaining walkthrough video for first-time users of their mobile app. You could emulate this too. In many apps, when a button is pressed, it stays pressed so users will understand that their request is being worked on. But not every user can discern the difference between a pressed button and an available one. Such users may assume that your app isn’t responding and continue to press the same button.

Issuing too many commands at the same time can make an app hang. To prevent that, you could include a simple notification like…” please wait”. On seeing this, the user will understand that his command is being worked on. You could also make it impossible for users to be able to press the same button again without getting any response from the first tap on it. This will prevent them from pressing it multiple times.

Cut Down On Redirects

Apart from the fact that too many redirects slow apps down, users don’t like it. You’ll impress them more when you cut down on the number of redirects on your mobile app. Offer options that you can easily provide without linking out to external pages. App users are getting more and more impatient and it’s because of the number of apps begging for their attention.

Make Good Use of Push Notifications

The push notification is one of the most important features on every app and you should use it. Unfortunately, many app users have abused it and many users no longer like to receive it. The only time some organizations use app notification is when they have a service or product to advertise. Some companies send up to 10 notifications in a week and they are all 100% promotion and zero information.

It is needless to remind you that some users have had to pull out of some apps because of too many “useless” notifications. You can cut down on the number of notifications you send and also ensure that most of them are beneficial to users. An ordinary “Merry Xmas” or “Happy Thanksgiving Day” will gladden users’ hearts more than advertisements.

You should have observed that all the tips above will not cost you much to implement but their results can be tremendous.