Objective C vs. Swift: Which is Better? (A Definitive Guide) 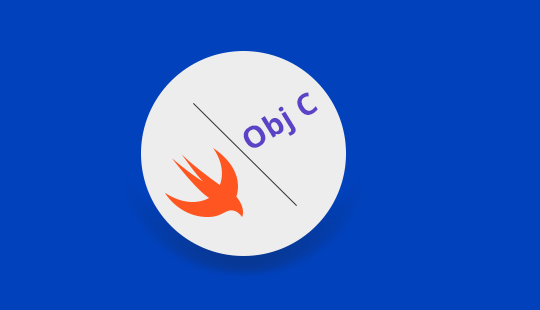 Home  »  Programming   »   Objective C vs. Swift: Which is Better? (A Definitive Guide)

In 2014, Apple Inc. introduced Swift as an alternative to Objective-C because of its much simpler coding style and syntax that can be easily understood even by new programmers. The app developers can also use Swift together with Objective-C while using Cocoa and Cocoa Touch frameworks in iOS, OS X, watchOS and tvOS development respectively.

First, let’s have a look at the scope of Objective –C.

Objective-C: Pros & Cons-When To Use:

Objective-C is certainly reliable and there are a lot of well-tested apps that are built using Objective-C. There are regular updates in the versions of Swift because it is newer. On the other hand, there are no version updates in Objective-C and it is also easily compatible with the object-oriented C++ while Swift is not compatible.
Cons:

When To Use Objective-C:

Read more :  How to Improve your Business by enabling Technology to the Core?

Merits of Swift over Objective-C:

The code in Objective-C is divided into two blocks which are
header (interface) files (.h)
Implementation files (.m)

Whereas in Swift there is only one file for both interface and implementation. It is more convenient to develop iOS mobile apps using Swift because of clarity of syntax and the implementation requires fewer code lines as compared with Objective-C. Swift comes with enhanced features and the apps developed in Swift are less prone to bugs so it is safer.

A complex object in Swift runs much faster than in Objective-C. Moreover, there are dynamic libraries in Swift which easily allow any kind of update to the newer version of the language. These libraries are actually executable codes that are loaded directly to the memory, optimizing the app original size which gives Swift a leading edge in app performance.

Swift was initially built for Apple platforms like iOS, tvOS, and OSX but it became open source language in 2015 enabling programmers to use its full potential with other platforms. This also helped developers to make the required third-party frameworks. So   Swift has better scope to build much more evolved code architecture and it can also be used as a scripting language which is not possible with  Objective-C.

Swift Playgrounds are the tools that enable programmers to test the code without compiling or building the whole app. Playgrounds visualize data allowing developers to immediately check & correct the code for bugs. By using Xcode IDE in Swift, programmers get a bigger space for experiments in the form of an editor that includes a panel with lines and images. so Swift is also an interactive language.

Read more :  How To Develop A mobile App With No Experience

The code in Swift is easy to write and it takes less time to check the code. It requires much fewer lines of code for the same feature in Objective-C. The symbols used in Swift are in according to programmer’s convenience.

For example, [] symbol is for function calls in Swift while it is [[]] in Objective-C making it more twisted.  Every line in Objective-C should end with a semicolon, but it is optional in Swift and can be excluded.

Paru Saxena, Sales head at TechIngenious – A Mobile app development company. Writing is my passion and I am writing from the past 5 years. However, my experience lies in digital marketing and web development. I have a proven track of record in sales & business development with leading organizations. When I am free, I like to observe nature in its wide diversity of forms.