Development Of Mobile App With Coding And Without Coding 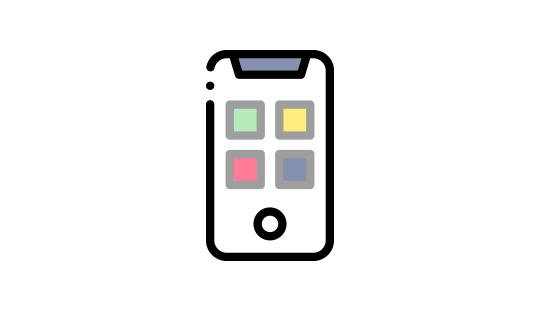 Home  »  Tools   »   Development Of Mobile App With Coding And Without Coding

It has become very vital for big companies to have proper knowledge of mobile app development. You can operate in a free environment with the Android apps, and so, developers can easily work on it including the customized features that they like. In the past years, android apps were up to business work, and only a few programmers were able to build it. But the hybrid applications even used HTML, CSS, and JavaScript for the development of the app.

Let’s understand the development of a mobile app with coding and without coding.

Python is one of the popular programming languages that help in the development of mobile apps. This language is elementary, so it is effortless to learn. Various apps have created by Python language. Therefore, those apps get named Instagram, YouTube, Reddit, Calibre, OpenStack, and many others. There is one core philosophy followed by Python that states

If you want to work with high-level language then you must choose in such cases. It is best used in case you want to develop android or desktop apps. Even Dropbox is an example of a Python developed application.

This coding language is becoming very famous these days because developers use this language for the creation of apple’s Cocoa touchpad. It is open-source, which uses Linux for the production of IOS apps. According to TNW, Swift has been listed to be the fastest-growing language. The demand to develop applications with Swift has raised by 600%.

It is one of the multi-functional languages that help in managing the web pages of the mobile app. This language is elementary and convenient for the user because you have to write only one code for different platforms such as windows, android, and iOS. JavaScript is not only for developing an app but also for running a browser.

It is a safe language that helps in the production of maintained and featured mobile app. It is quite similar to the C++ coding language that focuses on the complete security of the system. Mozilla has compiled this language, and thus, it has become a general-purpose language to date. Around 64% of the coders have been using Rust, and thus, it is a popular language for the developers.

Some of the excellent services have given below, which ensures the unique experience for the featured mobile app development:

It is effortless to use for the creation of a fantastic mobile app. It is an outstanding choice for most of the developer that needs to create an app for both android and IOS phones. Appy Pie has offered many free plans to us, and especially, for the beginners in the app development phase who haven’t worked in development activity before. Appy Pie has competitive analytical capabilities, and unique features, which makes it the most loved way of app development.

It helps in designing the interface of an app for both the android and IOS mobiles. You can create an app with some features in free, but if you want the most featured app, then you must go for a premium plan of the Buzztouch. It provides the easiest and reliable solutions for the app development phase. Also, BuzzTouch has helped in the pre-written plugins. You can visit its site to know how the software works in total.

This service provides extra template options to the developer. It also contains smart templates for the mobile app that any musicians or artists may require. It has a good range of a working business that states a developer will need some time to build up an app. However, Mobile Roadie is quite expensive to run small businesses.

This service provides fantastic free modules for the creation of an app for IOS, windows, and Android. This online site offers excellent facilities, which consist of amazing and smart designs. AppMakr has an unbeatable reputation to create the best mobile apps with cheap pricing for running small businesses.

You need to sign up in this service, and you can also design the first app free of the cost. It is a very reliable service, which produces faster and smarter apps without the use of any coding language. It is very easy to design an app with the Andromo App maker.

In the above-listed article, there are different ways of developing an app either with coding or without coding, if you are not good at coding or you are initializing your start without coding in app development then go for without coding technique. These will inform you about the phase in which an android app works.

However, everything that you choose is promising to build up a good mobile app, and make a firm decision as per preference. But with the development, you will get one idea for sure that states how a consumer searches for something on his mobile device. There have been many other programming languages too to provide good assistance in building a mobile app. Be a powerful developer of mobile applications with our assistance.

Thus, these can be useful for the developers that are going to create an amazing mobile app for android phones. Therefore start making a mobile app with customized features!