How Much Does it Cost to Make a Dating App? 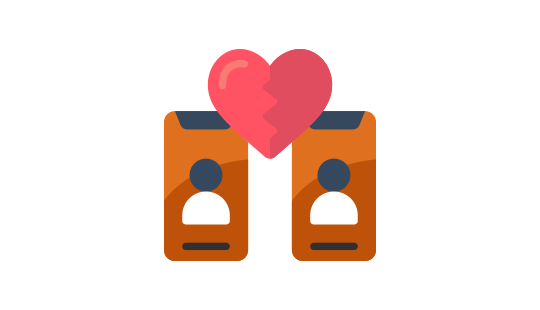 With the evolution of modern technology, not just the man-machine relationships have changed but as well as it has affected interpersonal relationships. Do you remember that last time when you have written a letter to your loved one? No, everything has changed over the years, the communication mode has also changed and now, finding someone special and making a connection has become easier than ever. It has become possible because of the available dating applications.

With each passing day, the dating application audience is increasing because more and more people finding it easier and convenient to find someone special online. Apart from that, they get millions of options to choose from. Considering the popularity of dating applications, if you are also considering developing an application then the first question that you will have in your mind is how much it costs to make a dating application like tinder. Right?

So, How Much Does It Cost to Make a Dating Application Like Tinder?

Let Us First Discuss How To Monetize Dating Applications?

If you want to develop a dating website for a single platform that has upgraded features like social media integration, geo-location mapping, payment processing for advanced versions, social media integration and much more. In such an application, around 600 to 700 development hours are needed so you need to pay a huge amount to hire developers to develop such a dating application.

The cost also depends on the backend support given by the developers. If you want an application that responds faster then, of course, a sophisticated backend mechanism is there which is complex to generate. Do you know to add such a mechanism around 200 to 300 hours are required to spend by the development team?

The designing process of the website is also a crucial part that requires a lot of time for developers. The type of design you want also decides the time spend by the developers on it. Generally, developers or designers have to spend 100 hours designing a dating application which includes both the wire framing and prototyping. The dating app framework also plays a crucial role in deciding the required time by the developers.

The testing and QA process will take around 100 hours. So, according to the number of hours required the cost of the development of a dating application varies. Most commonly, to build tinder clone, you should be ready to pay $100K.

Most of the people want to build tinder clone is because of the success rate of the tinder dating application. And it is the algorithm of the application that makes this application highly successful.

There are a lot of features that can be purchased by the users to enhance the app user experience. The users have to pay a certain amount to buy in-app features such as currency, icons and other upgraded features of the application.

By Adding Some Additional Features To The Application, Revenue Can Be Generated Through a Dating Application. Have a Look at These Features:

Access restriction is a kind of features that attract users to become a premium member of the application by paying a certain amount. One of the best examples of this is the Tinder application.

One of the another additional feature that helps in making money through application is by adding some features to application that a user can use by paying a certain amount of fee.

These are the several ways that help make money through a dating application.

Is It Hard To Make a Dating Application?

In the end, yes, it is hard to develop a dating application but if you do dating app analysis in a good manner and have a proper plan in your mind then developing a dating app might be the right decision for you.