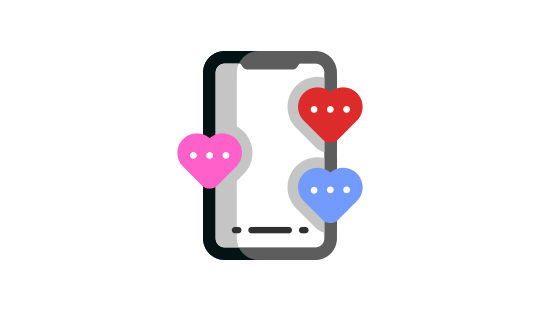 So, how did you meet with your partner? Yes, when you are in a relationship, you will be asked this question from your siblings, parents, neighbors, friends or someone else that how you both met, right? And nowadays, the answer by most people is the same and that is “through dating apps”. All age people belong to (18-44) age group, nearly a quarter of the total population of the world have their profile on dating apps.

Today, there are millions of people on thousands of available dating apps. No matter whether one is looking for a serious relationship, hookup, date, relationship, or marriage, a dating application is always the best way to get the desired relation. As you can see, with each passing day, the craze of dating apps is increasing which makes online dating highly successful. Have a look at the success rates of these dating sites.

According to a survey that has been conducted on 1,143 women, most of the women want to have a serious relationship in their life and they think that it is difficult to find great single men.

According to the survey, 27% of the total women think that online dating sites are the best way to meet new people but many women are still unsure about the success of finding the right one through a dating application.

According to a fact, six in ten online daters and around 57% of total online daters have a very good positive experience with the dating applications. Do you know, these days, present 20% of the total relationships and hookups began online? 17% of the total marriages start online. So, now, you can consider the success rate of the present dating apps.

Which Dating Application has the Highest Success Rate?

Check Out the Dating App Statistics:

How Many Dating Applications are there?

There was once a time when it was considered strange to go on a date with someone whom you find online but now it has become common with the available best dating apps for relationships. Today, millions of people have accepted the online dating industry widely.

According to statistics, 12% of the people who want a relationship and falls in the age group of 18 to 29 years find their partner of life online and that has become possible only with the help of the dating applications. With each passing day, the count of users on dating apps is increasing. The fact of the success rates of dating applications like Tinder, bumble dating apps has proved this.

While it is considered that most of the people who fall in the age group of 18 to 44 find it attractive but do you know even people with the 50s and 60s are also quite active on dating applications and around 6% to 12% of the total were fall in this age group. So, from now you can estimate the popularity of the dating applications.

The Cost of Making a Dating Application!!!

The cost of developing a dating application depends on several factors like the developer you choose and the features you want. With an approximate technology stack, dating application design principle and analyzing the market trend, one can easily beat applications with the highest success rate like tinder. But at the same time, you should keep your expectations in reality.

Best Dating Apps in the USA for 2020
How Much Does it Cost to Make a Dating App?